While the birds sing over the lake, children laugh on the castle and dogs run in the fields, the sound of life reverberates throughout Fort Steilacoom Park.

The park is a peaceful place for visitors to attend, attracting regulars and newcomers from as far as Seattle, Graham and Olympia to its scenic landscape. From the nature trails around Lake Waughop to the dog park and the playground, these areas were most traveled on a sunny Monday afternoon. 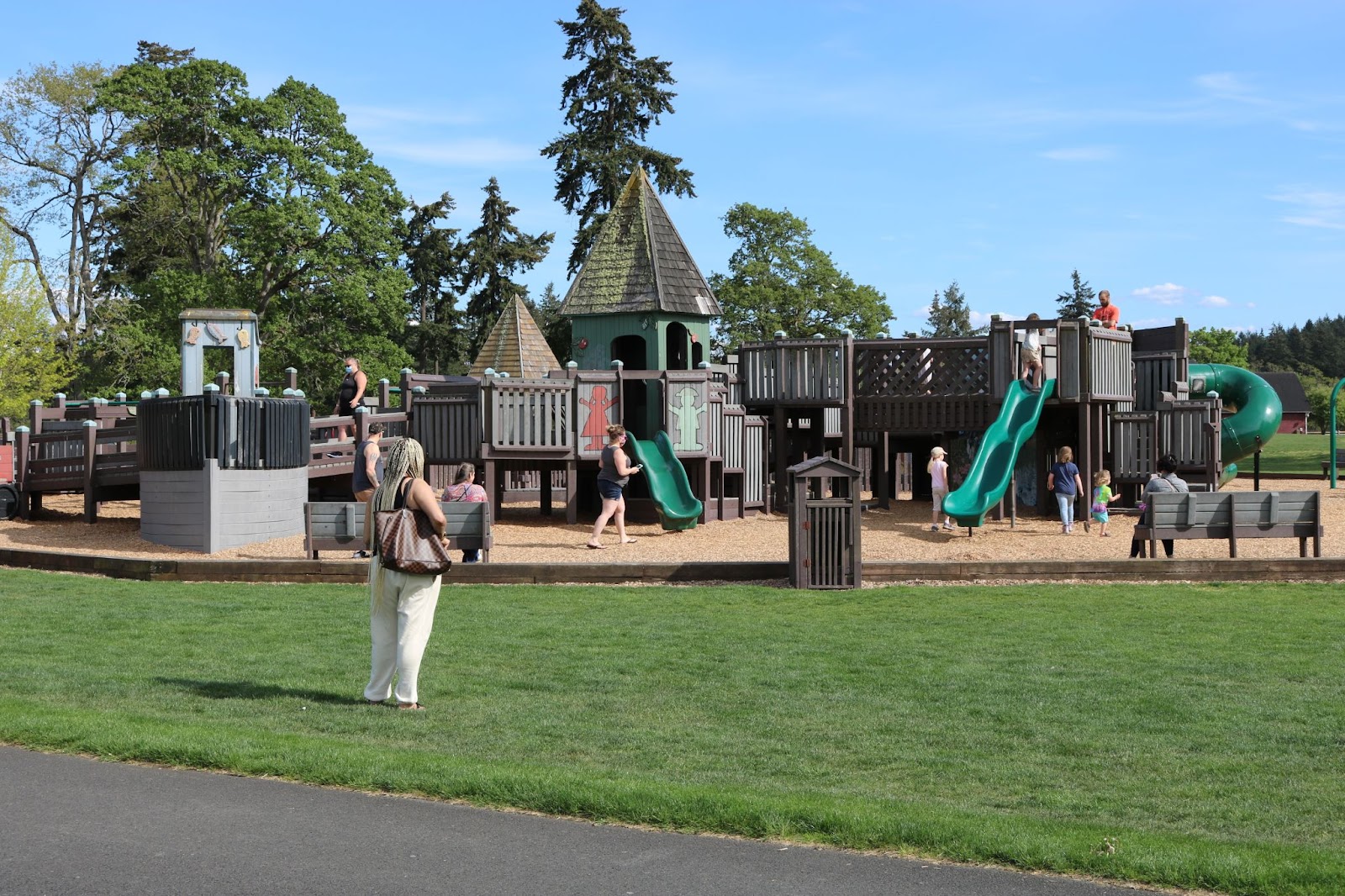 Young children play on the castle while parents watch from the grass and benches. (Photo Credit: Elissa Blankenship)

It’s not the attractions that make the park special; it’s the community and gatherings that take place near the picnic shelter. One family mentioned that in the past their reunion was held at the park by the playground, creating a family-friendly atmosphere. The nearby soccer and baseball fields are home to sporty children and after-school teams.

The park features historical barns, a cemetery and Hill Ward, the old housing for patients of Western State Hospital, which you can learn more about in Kyla Raygor’s podcast, “The Roots of Fort Steilacoom park.” When driving by these areas to the heart of the park, you feel the history within the park’s peaceful environment.

The nature trails are filled with wildlife, songbirds sitting in trees and Canadian geese nesting in the bramble, hatching their eggs into goslings that grow to explore the lake. Along the paved path, fishing docks extend over the water, with shallow gravel beaches for dogs to splash around. 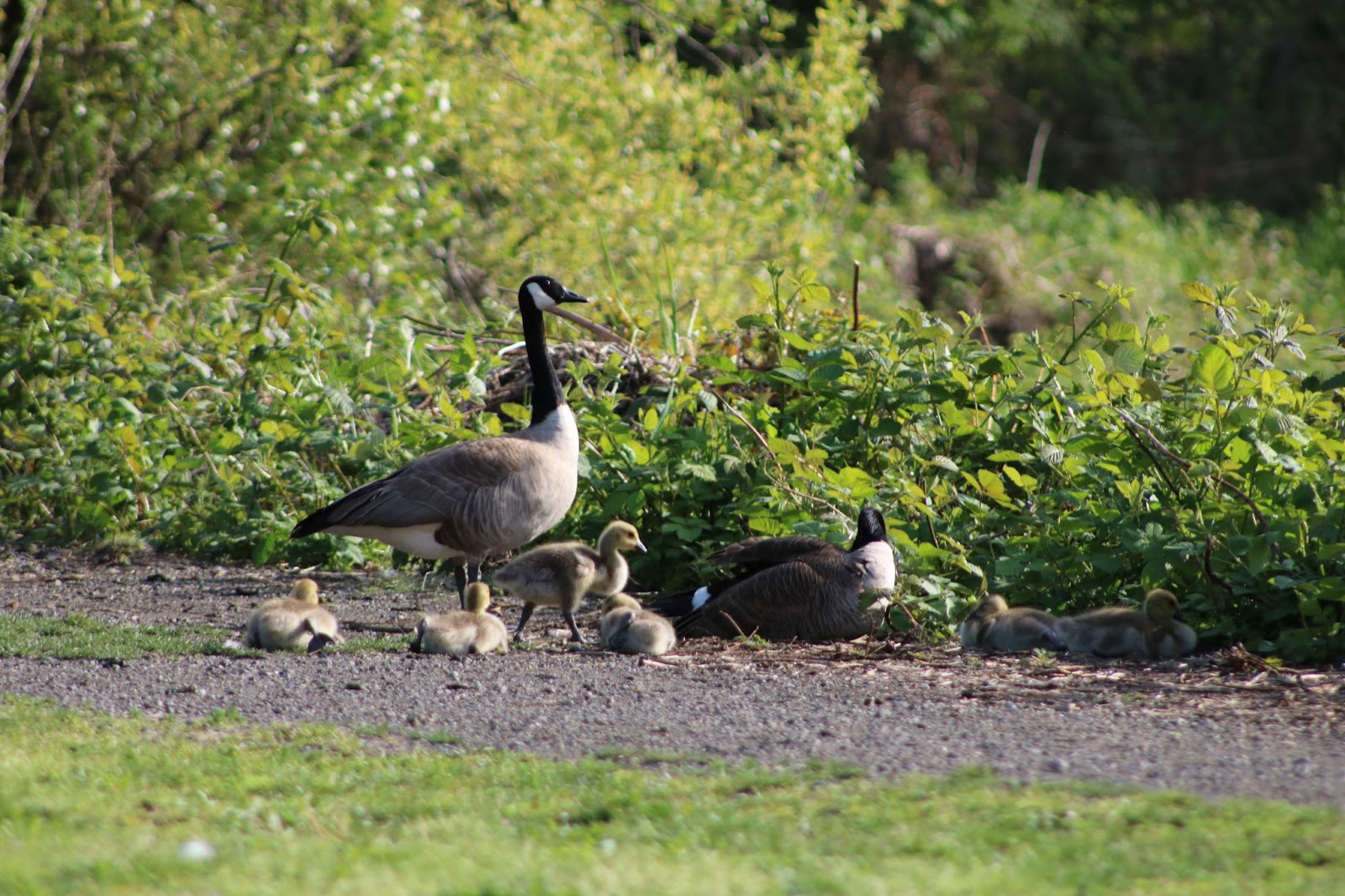 Canines of all breeds and ages are welcome at the off-leash park, understanding that the animal isn’t aggressive toward humans or other pets. The dog park is separated into three sections, depending on the dog’s size. The dog park stretches for 22 acres, giving owners room to be comfortable while their dogs wrestle and fetch balls.

Inside the biggest section, handlers can teach their dogs simple agility commands on a small beginner’s course. The equipment shows evidence of weathering and needs to be replaced, but dog owners make do with the available obstacles and practice obeying commands. 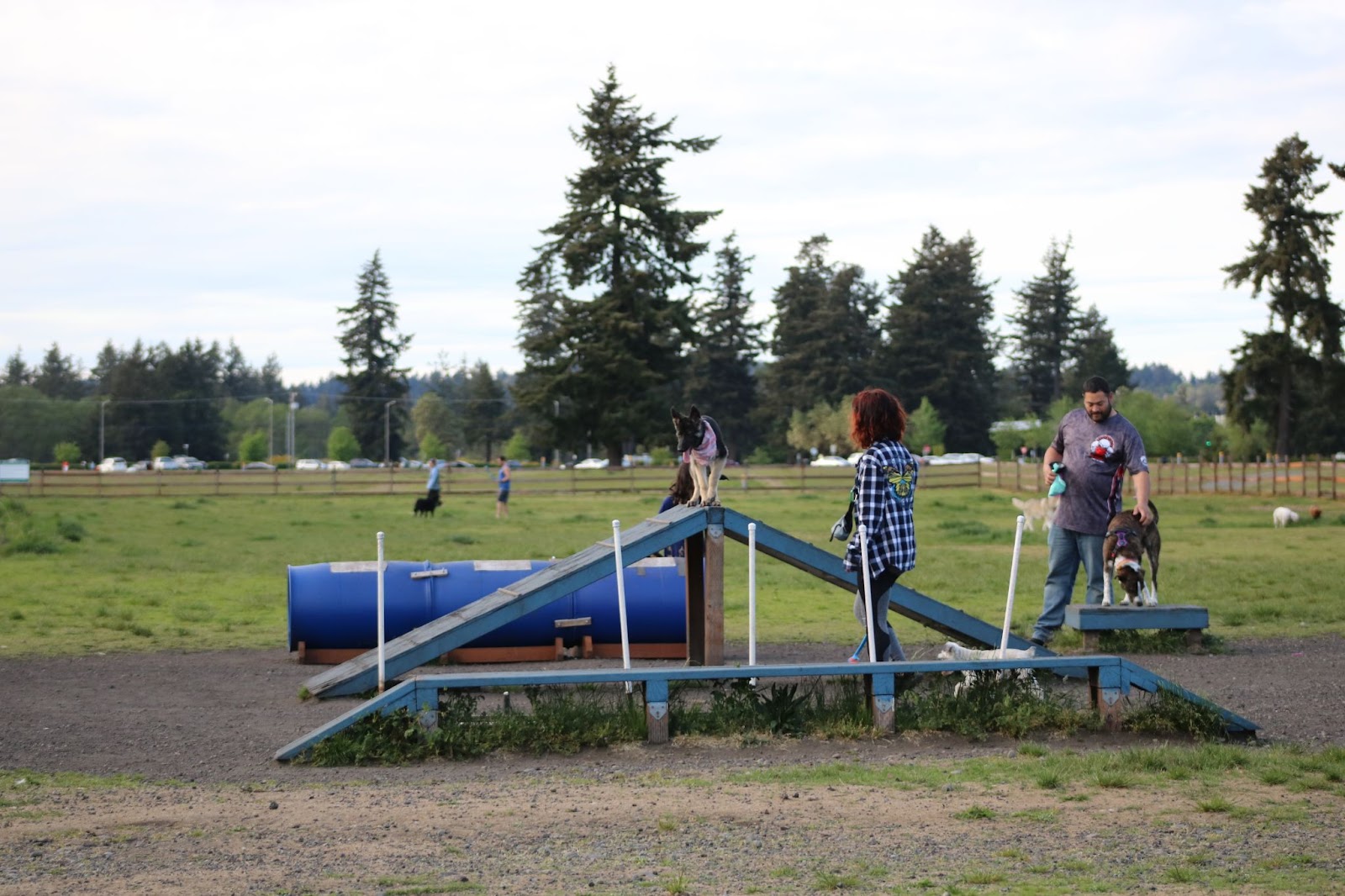 While visiting Fort Steilacoom Park, I brought Fenrir, my five-month-old Karelian Bear Dog. He ran around with his four-legged friends, trampled through the shallow water at the lake and amplified my experience as a loyal companion. On our adventure throughout the land, his body language alerted me to every person, sound and animal I might’ve missed without him.

Other parts of the park, like the designated flying zone for drones or motorized airplanes, allow visitors to practice their piloting skills. Unpaved trails with bicycle jumps in the grasslands allow trail goers to take a step into nature, without the windy mountainous roads and travel time to most Washington hikes.

The park is at 8714 87th Ave. S.W. in Lakewood, with a 40-minute drive to the Pierce College Puyallup campus and five minutes to Pierce College Fort Steilacoom. Whether you’re planning to visit the lake, fields or dog park, don’t miss the natural scenery and opportunity to socialize with welcoming visitors.

Waughop Lake  Originally called Mud Lake, this body of water was renamed to Waughop Lake after John Waughop, a Western State Hospital Superintendent from 1880 to 1897. When farming became prominent at the facility, workers would pump nutrient-rich silt from the lake onto nearby crop fields.

Hill Ward Memorial  The Hill Ward dormitory, also referred to as the White House, was constructed in 1932 to provide additional housing to hospital patients who worked on the farm. As the building became vacant when the farm shut down in 1965, it was later demolished and the ruins were used to train search and rescue responders. From 2007 to 2009, Hill Ward was restored to pay respect to those who lived and worked there, according to a discovery trail sign.

The Barns  A farm was established at Western State Hospital in 1871 to provide food for patients in response to state funding decreasing. As the farm expanded to nearly 200 acres in the early 1900s, the barns were built to aid with general farm operations and to house livestock, like cows, chickens and turkeys. Later, medical advancements reduced the number of patients and the time they stayed at the hospital causing the farm to shut down in 1965.

Western State Hospital Memorial Cemetery  During the time the cemetery was open from 1876 to 1952, over 3000 patients were buried in graves marked by numbered stones. As the small grave markers became covered in grass, local community members founded the Grave Concern Association who continue to replace the numbered stones with traditional tombstones.

Fort Steilacoom Dog Park  The dog park, which opened in 2006, has been named “the best dog park” by various local news stations, like King 5’s Evening Magazine and the South Sound Magazine. This park offers 22 acres of fenced fields and a designated section for small dogs.

by admin time to read: 4 min

Health and Safety Scientists urge eligible Americans to vaccinate am…
0